FM has untapped potential, ready to take the operation and management of facilities to the next level according to new research by Service Works Global and leading publications FM magazine (Australia) and FMJ (UK). The survey asked FM professionals across all industries and levels, how they are using technology in their roles, the direction of their company’s work and if they feel tech is supporting them as much as expected – or if it’s more hype than helpful.

Samantha Fuller, GM at Service Works Global, presents a preview of the Australian results and a full report, including comparison with the UK, will be published shortly. Email info@swg.com to request your copy.

You can also read the survey results from the UK on our website here.

The survey results paint a picture of a profession with room to grow. Only 11% of respondents reported a decrease in budget. Almost a third (28%) had received an increased budget in the last 12 months to facilitate expanded service delivery, to meeting growing client expectations, and to enable investment in technology. With just 4% of Australian businesses relying on a paper-based system for managing their facilities, CMMS software is trusted to help schedule jobs, manage resources and produce reports.

The results showed respondents continued to use their CMMS systems for FM fundamentals such as planned maintenance (91%), reactive maintenance (89%) and asset management (79%), but also expressed a desire for more software functionality to support them further.  Only 45% only rated their software as ‘satisfactory’; and for those using an inhouse system, 14% stated they were ‘unsatisfied’ or ‘very unsatisfied’ compared to 4% of those using software from an industry vendor.

A third of decision makers stated that they were looking to change their system because it was outdated (57%) and lacked the required functionality (68%). 52% said they wanted their solution to integrate with other systems but were unable.

With pressure on FM teams to work faster, work more accurately and save money, the importance of data has never been greater. In order to improve data accuracy and scope, 65% of respondents have integrated their CMMS with at least one other system such as finance, BMS or health and safety software. “We need the right single–point technology option to enhance time management rather than utilising many different systems that do not talk to each other”, one respondent states. Integration allows systems to securely communicate and share data, promoting accuracy as information is only added once and the chance of human error, and the time spent administrating the systems, is vastly reduced. In fact, over double the percentage of respondents using an integrated system reported cost savings compared to those who were not (43% vs 20%).

Integrating with a BMS, for example, allows significant time savings for the help desk, as well as faster response times for operatives. If the BMS identifies a fault, it is reported directly to the FM software and raised as a job automatically. It is then allocated a priority and dispatched to an operative who has the required skills, works in the vicinity and has availability in their schedule. This degree of autonomy in the system is a significant way to reduce time spent doing admin and instead, allow focus on improving service provision.

Despite the concerns around automation replacing workers, only 7% felt it would have a negative impact on their role but none of these respondents were automating any processes. Those who were, felt that it was a part of FM’s future and that it would be valuable in freeing FM resources.

Following the country’s pledge to cut emissions as part of the Paris Agreement together with ongoing reliability issues causing by the aging power infrastructure, it’s not surprising that energy management is the top trend with 63% expecting it to have great impact over the next 12 months.

In second place at 57% was the internet of things (IoT), jumping up from sixth place compared to the 2017 survey.  Significantly, two thirds of people who found IoT of importance also thought workplace wellbeing would be a trend for 2020. This shows that technology is not only key for asset management and reporting, but also for employee heath and productivity. By using sensors to monitor the environment, adjustments can be made (either automatically or by the user via an app) to ensure a cleaner and more comfortable workplace. Some respondents suggested that despite a desire to implement a more IoT-led approach, they had not yet done so due to a lack of time for understanding and training in new systems. However, with an increasing number turning to integration and automation to save time and to get the accurate data they need, and others demanding more from their CMMS systems – it seems that the industry is ready to take their facilities to the next level, given the right tools.

Building information modelling (BIM) was identified by respondents as the fourth most significant trend over the next 12 months, falling closely behind energy management, IoT and integration. 12% reported already using BIM already for complete building lifecycle and space management. Of those who are not using it, 18% are actively planning to use BIM in the future. One of the main barriers to adoption is said to be the cost and time taken to adopt the system, but only 5% felt that BIM research and implementation would take up too much of their time. The training aspect of taking on a new system was not reported as an issue.

As integration remains a key priority for FM, both in terms of a trend and the growing percentage of those using integrated CMMS software, the reliance on accurate data is clear. BIM provides just this, allowing the user to see the location of assets and corresponding details including work history, measurements of areas and details about any building aspect (such as type of material used in a wall and the pipework within). We will see the use of BIM continue to increase as more turn towards a data-driven FM strategy.

The results of this year’s survey have revealed that in order to remain afloat and progress in a competitive marketplace, data-led decision making is key. In turn, the industry has become more reliant on software like CMMS to collect, manage and analyse this data. While this will provide the necessary insight and efficiency to drive positive business change, it does pose the challenge of ensuring a balance between technical IT skills and trade skills like electrical, carpentry and plumbing. In this rapidly evolving industry, we must be careful not to lose sight of the profession’s roots as we look to forward to what FM could be achieving with new technology and systems.

New Year is a time of reflection, and we’re looking back on the priorities for facilities management professionals over the last 12 months. 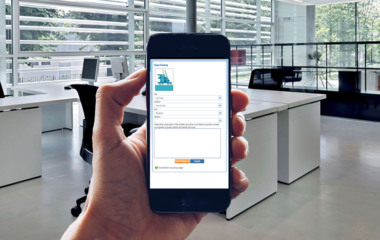 Returning to Work Safely with SWG 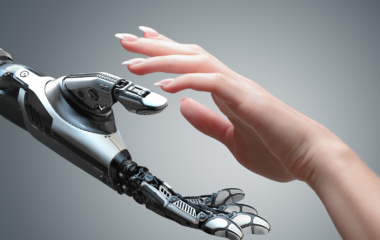 Where is the untapped potential in FM? Read the FM Tech Survey 2020 Results for Asia Pacific to find out more.